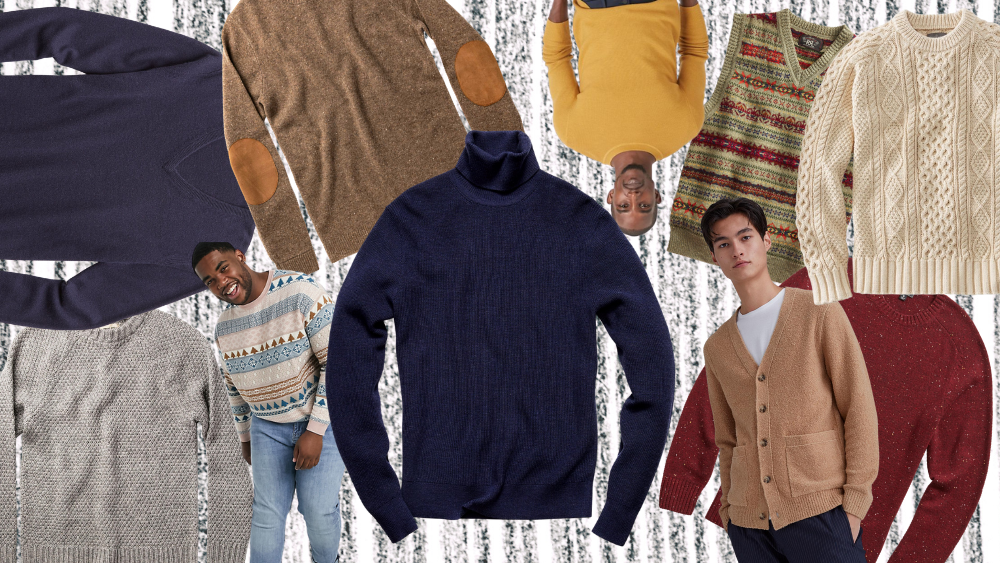 Do you know any piece of clothing more integral to the theme of winter than sweaters and cardigans? That's because there isn't any! Come the colder seasons, and it is time to take out sweaters, beanies, and scarves. Fortunately, they don't have to be boring. With more options in the men's cardigan section available nowadays, the sterner sex too can flaunt their style.

This has been made possible due to the growth of the sweater market. The global market is easily available to the general consumer, so why should men be left behind for fashionable clothing?

If you were looking for a men's cardigan that will never be out of style, here are three.

It has been more than a hundred years since the V-neck jumpers were popularised in the 1920s. Initially known as men's pullover sweaters, they continually appealed to the younger generation. One of the key reasons behind this was the colourful patterns of the sweaters. They even came in plaids, checks, and simple stripes.

A variant of the V-neck called the "fair isle jumper" was highly popular because the Prince of Wales wore it in 1921. Even today, it can help you make a bold and classy style statement. You can also pair it with denim jackets, vests, blazers, and overcoats.

The fisherman's sweater or Aran jumper derives its name from the Aran Islands off the west coast of Ireland. The heavily-knit sweaters used to be stapled knitwear for the sailors in the 9th century. It even inspired the design of the cable knitwear later. It usually has the natural off-white or cream colour of the sheep's wool from which it is made. The wool makes the sweaters waterproof due to the oil retention of the material.

From Steve McQueen in the 1950s, 1960s, and 1970s to Chris Evans in "Knives Out" in 2019— many celebrities have endorsed the fisherman's sweater. Also, the fact that you can pair any outfit with this knitwear makes it highly popular.

You couldn't be more wrong if you ever thought that chunky cardigans are only for women. Sure, everyone can recall Velma Dinkley in that iconic orange turtleneck chunky sweater from the 70's show Scooby-Doo. However, this is a trendy style of men's cardigan as well. Remember Billy Crystal's Harry flaunting the chunky cardigan throughout the 90's rom-com "Harry Met Sally"? The style is still very popular among men, and duly so.

You can easily pair a t-shirt and jeans with a chunky cardigan. It makes for the perfect weekend look. Top it up with a three-piece suit instead of the waistcoat, and you can create the perfect formal look for the winter.

Nothing is more casual yet stylish and comfortable than a cool cardigan or jumper to amp up your style quotient during winter. The above three types of cardigans have been prevalent for centuries. Not only are these styles popularised by global celebrities, but they are as versatile as they are comfortable.

So, if you want to turn heads without putting in too much effort, having any of the three styles of sweaters will do the trick. So, the next time you go shopping for winter wear, refer to this list and include these styles in your wardrobe.

- On the off chance that you need any direction in regards to different administrations offered by Spirit carriers,